A downloadable game for Windows, macOS, Linux, and Android

DLC Update 4 - April Fools' Update Released Early for Contest Submissions to be Started Sooner! - Contest Info : Find And Tweet @RainbowKappa789 All 5 Memes to be Put in a Raffle for a Free Copy of IMPACT! When Released!

Android Edition is Free Now! We have tried to Published it on Android but it was taken down every attempt. At least we have the .apk file!

Desktop Editions (Windows,Mac OS,Linux) will always be free and have Available DLC to Buy! This will be More Updated as More DLC Rolls in! We will Continue to Add in DLC until We End the Development and/or Support of the Game.

3/25/2016 (11:26) - Misspelled Words - We found a few Misspells Words within the game,We will fix it as soon as we have time,and we fix the download link,Thanks for being Patient!

3/26/2016 (8:08 am) - Update about Other Editions - Desktop Editions : Running Smoothly at Release 1.2 and Starting to work on DLC Packs. Android Edition : Working Slowly to implement mobile features,get in Google Play,and Lower Price to Free Permanently. Review Copy Edition : Final Build Patched and is done with development. Will Keep up until told otherwise. Notes: April Fools Update? - Most Likely but it would be implemented in a regular update on or near The Actual Day. DLC Pack Ideas so far? - Other then The First 3, Actually yes. I have some ideas to bring in some game references from other animes and games such as "Mario,Portal,and Highschool Romance". Further details will be released as a DLC Update.

3/26/2016 (12:25 pm) - Android Edition RELEASED! - Although Not on Google Play, We decided to officially release it on Itch.io with the other editions! Please Note until we get this on other stores, prices will not change. Thanks for your understanding!

3/30/2016 - New Paypal Account Used - I was recently told There was some Unathorized Purchases on my Card so I closed them and Made a New Account with The Important Payment Sources and etc. Just wanted to let you know if you do Pay via Paypal!

If You read it correctly, School Simulator and Various Other Games Created by us are soon going to ported to Google Play! Please Note Not all our games like Universal Adventures are able to be ported with all of it's features such as multiplayer so it might take longer to recreate it for Google Play Enabled Devices.

That's Right, School Simulator X is Officially Released on Google Play Enabled Devices! Don't worry if you don't have Google Play on your device, you can still install it from Apk for Free! From Now on You can download it from Google Play or An Apk for No Cost at all! Before you ask about Apple Products, we are not able to confirm a release date for it yet. Check below for Google Play Link!\

Sadly , School Simulator X AE was taken down due to "Copyrighted Content". I don't know why this called that other than some of the images were found online but still was credited. Hopefully We can Reupload it with the acceptable changes and have it on Google Play. Sorry for this Inconvience.

10/1/2016 - Where have I been? - School Simulator X and the Other Games work on by RainbowKappa789 Incorporated have been on a stand still for the last few months due to the aid to form a new company called PowerSourceStudios. I have good news and bad news regarding the School Simulator X Franchise and the other Franchises and games created by RainbowKappa789 Incorporated. The Good News is RainbowKappa789 isn't dead but the Bad News is that the company has moved which means RainbowKappa789 Inc. has reached it's final destination. What's does this mean exactly? We have decided to work with Kaidish and others to form PowerSourceStudios like said above and it was definitely a good move for my career as a game developer, but sadly School Simulator and Universal Adventures (The 2 Main Franchises of the Series) can't be achieved with this new start. I am trying to explain that Universal Adventures was Discontinued right before Beta since of lack of time and I had the ideas but had no way to develop them. School Simulator X was completed with 2 DLC Packs ,but 1 was technically exclusive originally in The Review Copy which now is $9.99 USD on Itch.io. The April Fools 2016 DLC was really the only DLC which was Released after it's Official Release, and sadly we're cutting it short there with the DLC Plans. School Simulator X is still being supported under RainbowKappa789 Himself but the company is dead officially and have moved to PowerSourceStudios. I am Very Very Very Sorry for this Annoucement and I hope you guys don't get mad at me. I hope to see you in many more games to come like the Narrator Once Said and Hey, Maybe one day we will remake this into a Sequal and reclaim it's Franchise! But till later... We're out! - RainbowKappa789 (RainbowKappa789 Inc. Founder/ CEO, PowerSourceStudios Co-Founder/Co-CEO)

12/23/2016 - Hey... RainbowKappa789 here, We are going to be using this account for my personal games since I technically make games but not with KaiDish often at least, only really take credit of each other's work. We will still published main works we do together and such, but for my solo works at least I will post here. :P Looks like We're back! 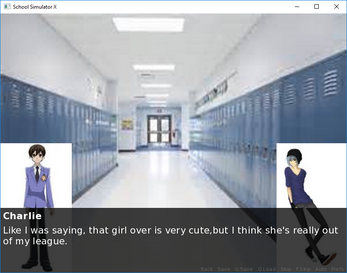 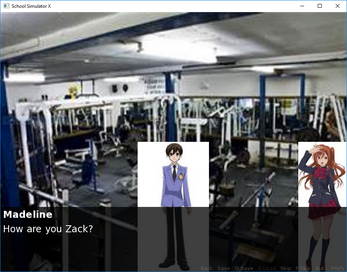 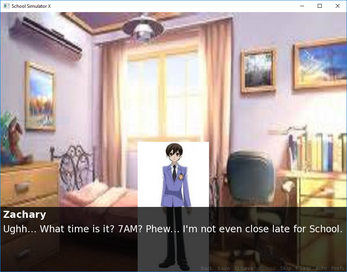 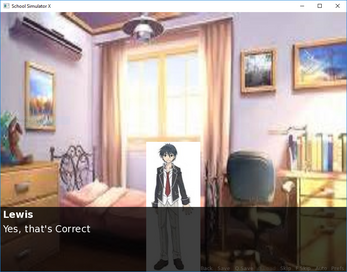