A downloadable game for Windows

Failticity is a series made by RainbowKappa in November 2016, It was his first finished game in Unity after using Renpy to make other games prior like School Simulator X. In December 2016, It became clear to add to the game to improve it. Thus, Failticity Plus was formed. 20 Levels of Parkour Platforming awaits you to either complete or rage at. Other games like Failticity Online and Odyssey were made during the end of Failticity Plus' Development to add content to the series, but it didn't get much of the player base as Plus. Those Games still work, but are deemed incompleted and will most likely never be unless rewrote completely. In one last venture for Failticity, Failticity Finale (Name TBD), will be the greatest parkour platformer yet in the series. Coming TBD.

Introducing Failticity Plus! A New and Improved Edition of the Original Failticity Experience New Levels,Mechanics,and Ideas come alive in this New Plus Edition of Failticity!

Update 12/27/2016 (4) - Soundtrack Update - Added Multiple Songs to Game! Note : There is a volume slider on the main menu since the game has a insturmental of a song that may be copyrighted but the slider does it to all of the music and not just that song in particular. Sorry for the inconvience to Streamers and Youtubers.

Update 1/2/2017 - Recently I was looking in my files on my pc for Assets for Failticity VR, found a unpublished build of Failticity Plus I was mean't to upload but never did. :/ Here It is tho.

Update 1/19/2017 - It's finally here! Failticity Plus Release 1.0 is Out! Featuring 20 levels of Parkour Excitement for you and your skills to test out! Please Note fewer updates will be out over the future now since the main chunk of this game is finished, bug fixes will come out as with some additional levels. :P

Update 2/1/2017 - Added Support for Linux and Mac! Should Run on Most Modern Systems! Made Failticity Classic Free!

Update 2/17/2017 - Final Release - Thanks for All who been in the process of development! it is time to finish things for Failticity Plus and Move on to Failticity Odyssey though and other games. Again Thanks for the Support! + Little Gift Bonus for Completion.

Update 9/17/2017 - I just wanted to say here I am in the works for the last installment of the Failticity Series. More Details Coming Soon. Also Forgot to mention when developing this game... The Music was free to use and I was able to use the soundtrack in the game for free (as long as I given credit and I did). Thank You Everyone for the Support! - RainbowKappa @ FailticityTeam 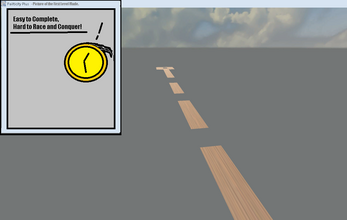